I blogged a couple of weeks ago about my students and I think I said they cheat and lie. I know that may sound harsh, since they are kids and all. But if you asked them, I think they would agree with me; only it would be in the form of a lie.

Then they would smile and try to confuse you by asking for some candy. 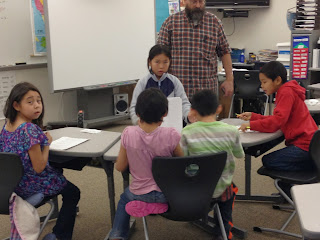 They try that tactic a lot. They think that if they switch topics on you, you’re likely to forget about the butt-chewing you were about to give them, and joyfully begin discussing their favorite Spongebob episodes. “Spongebob!?” I shout. “Spongebob isn’t even a real cartoon! I’ll tell you what a real cartoon is. Bugs Bunny. Now there’s a cartoon.” Then they’ll agree and skip back to the group and I stand there mumbling to myself about being duped again. By a seven year old who’s missing his front teeth. The one who wants to be referred to now not as Christopher, but as Crazy River. I comply.

Since the boys in my class are boys, I don’t trust them to go to the boys room unsupervised. This gives me the opportunity to hear and witness some of the most foul and disgusting sounds, smells, and ideas anyone should bear witness to. To me, using the bathroom is a private affair. I don’t want to talk to anyone, look at anyone, and for God’s sake, I don’t want to hear anyone. But these boys firmly believe this to be their social event of the day. And what would a social event be without some kid walking out of a bathroom stall, gagging and gasping for air. He’ll say, “That is so gross!” Which apparently is Yupik for “Hey, take a look at this turd!” And they all rush into the stall to gawk. They all agree that it is truly gross and proceed to high-five each other. I have even honest-to-God heard one kid singing “What a Girl Wants” while taking a crap. I assured him that in fact, it is not what a girl wants. His reply was a wet rumble that is still echoing off the tile walls. Touché, Crazy River.

But they are very helpful when problems arise in the classroom. For instance, when I am having technical difficulties with my interactive whiteboard, they have all kinds of supportive hints for me. They will kindly start shouting out pointers on how to fix the problem: “Turn it on!” “Is it plugged in?!” “Turn it off!” “Try turning the knob!” “Turn it back on!” “Give us candy!!” What? I calmly turn around and logically explain that yes, I know how to trouble shoot a technical problem. I point out that I’m 47, they’re 8. I remind them that at 8 years old, they haven’t been through a divorce, endured a mortgage/proctology ordeal, or ever had to decline a food because it was too late at night. Their response to my point that I have have life experience and they don’t is, “Haha!! You’re old!” It is the finger pointing and laughter that hurts the most. 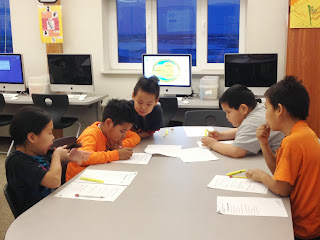 They’re right. I am much older then they are. So I sit down and explain to them that when I was their age, we didn’t have fancy computers or interactive whiteboards. Wikipedia didn’t exist; we had to open books. With our fingers. They stare at me in astonishment. This look has been called the ‘No Way’ effect. Just now. By me. I continue to explain to them how lucky they are to have all of this technology available to them to help them learn about the world around them. They nod their heads and ask if I tried wiggling the power cord.

Everyday in the classroom, or the boys restroom, I hear something interesting, funny, or disgusting from my students. This is why I enjoy my job. If you walk by your office bathroom at work and hear the conversations I do, you may want to report them to your supervisor or to Homeland Security. I get to blog about them.
Posted by Clay Miller at 10:13 AM 3 comments: